Off to a winning start and some stats

The Pinelands first side have kicked off their 2-day season with a great win over Old Mutual by an innings and 39 runs.

Following the first day’s play, after initially being bowled out for 67, Old Mutual were still 111 runs behind our score of 230, with 8 wickets in hand. The Pinelands attack took wickets at regular intervals to eventually bowl the opposition out just after lunch for 124, still 39 behind our total.

Luke Masasire was the main attacker, taking 4/13.  Following his first innings 6-for, Jonathan Meintjies took another 2 wickets for 22, leaving with match figures of 8/28 to go with his century. A wicket was each shared by Gareth Voke, Tom Makin, Paul Penzhorn and Dylan Schoeman to clean up the rest.

It’s been a great start to our campaign. Our next match is against Milnerton at home on Saturday. It’s going to be a tough match with  the Milnerton side also fresh off a big win.

Read the status of the match from day one here.

The thirds also got their account underway with a good win over UCT by 50 runs. Batting first, we managed 206 all out, with Yasier Samaai 53, Richard Thompson 30. Bowlers stuck together nicely with Paul Salonen taking 4/30, Nic Salonen 2/14 and Neal Tosefsky 2/15.

The fourths put up a good fight against Peninsula but just came off second best on the day. We managed 162/8 with Andrew Thomas and Stefan Britz (on his debut) each scoring 43. With a few new players in the mix, it was a good performance from the guys.

We’ve also started recording stats for the season. The first draft of these stats can be seen here. They will still be updated as we go.

Fixtures for this weekend: 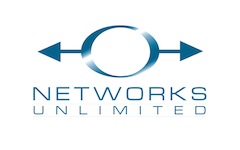